A native of San Francisco’s Haight-Ashbury district, Shawn moved to the Monterey Peninsula in 1969. He attended the Pacific Grove school system through High School and completed two years at Monterey Peninsula College prior to transferring to San Francisco State University. Shawn graduated with degrees in both Psychology and Social Work Education in 1983. While completing his upper-division studies, he spent two years working in San Francisco’s County Jail as an intern for a non-profit agency providing counseling services to jail inmates and their families.

During the time that Shawn was studying in College, he was also a member of the United States Coast Guard for 13 years; retiring with a service connected disability after an accident in 1991.  Shawn then retuned to his home town of Pacific Grove and started on his legal adventure.

After returning to the Peninsula he attended community based Monterey College of Law and was admitted to practice law in California in 1997. Shawn brings a wide background of professional experiences to his practice of the law. He spent over a decade as a member of the United States Coast Guard and Coast Guard Reserve performing a wide rage of duties, including Search and Rescue, Marine Fisheries protection and Federal Drug Enforcement. Shawn was medically retired in 1991 after thirteen years of service.

Shawn’s wide range of professional and life experience that he brings to the practice of the law allows him to see global solutions to legal issues. Shawn’s clients often say that it is this life experience that separates him from attorneys who simply went straight through college to law school and have no frame of reference in dealing with the real-life problems of the average citizen. Shawn has held a variety of professional positions working for business, corporations and non-profit agencies. Shawn owned and operated a local computer consulting company and worked as an associate attorney in a local law firm prior to joining his law partner Michaeleen Moraz in 1999.

On July 1, 2009, Shawn closed his general legal practice and now only takes criminal defense cases. At the same time Shawn closed his Monterey, California and became a sole practitioner in his him home town of Pacific Grove, California; a dream come true for Shawn! 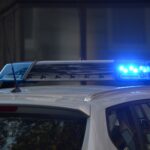 After the Trial — The Appeal Process

If you are found guilty after a trial, you have the right to an appeal process. There are many reasons for an appeal of a criminal case, but appeals are also very difficult, so talk to a lawyer to make sure you know what is best for you.

There are also important deadlines that apply to appeals. If you miss the deadline, your appeal will most likely be dismissed.

If you say there was not enough evidence in your trial to justify the judgment, the appellate court will review the record and decide if there was substantial evidence to support the judgment. If you say mistakes of law were made, the appellate court will hold a hearing to listen to both parties. Then they will decide if there was any irregularity or mistake that prejudiced (hurt) your case.

In addition to appealing after a trial, there are other situations when you can file an appeal, like appealing the validity of a plea or probation violations. Talk to your lawyer to learn more about your options to appeal. 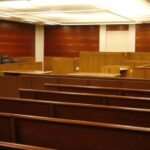 No one plans to get arrested. How does it work. Either you are arrested by the police or sent a letter telling you to come to court, at some point the police report documenting your case will make its way to the District Attorney’s office. At the District Attorney’s office is a person who is called the “charging DA”. If you look at the bottom of the Complaint filed against you, you will see the name of the person who is the charging DA is your case. I suspect that the charging DA in any one case is the Associate District Attorney who was not looking busy enough and basically got suck with the job.

When you are first arrested you may be given a ticket on the roadside or at the local police station, or the police can take you directly to the County jail, depending on the circumstance of you case. When you are given a ticket by a police officer, the office puts down the charges that the thinks that he witnessed and can support. When you are taken to the county jail, the officer and/or the people who assist in processing you write down the charges well before a police report is ever made. The officer or the jail, based on a very quick assessment compile a list of charges they think that the information supports.

Remember, the police and the people who work at the county jail are not lawyers. They are jailers. It is not unusual for the charges given to you at the county jail will be different than what the District Attorney actually files; the charges in the Complaint can elevate the charges that the police officer and the jail recommended or sometimes with luxury of hindsight the Charging District Attorney is able to see a fuller picture and will drop or reduce some of the first charges that were given to you.

It is different in every case. When you see your criminal defense attorney, at that very first meeting, make sure that you bring all of the paperwork that your were given that relates to your case.