A native of San Francisco’s Haight-Ashbury district, Shawn moved to the Monterey Peninsula in 1969. He attended the Pacific Grove school system through High School and completed two years at Monterey Peninsula College prior to transferring to San Francisco State University. Shawn graduated with degrees in both Psychology and Social Work Education in 1983. While completing his upper-division studies, he spent two years working in San Francisco’s County Jail as an intern for a non-profit agency providing counseling services to jail inmates and their families.

During the time that Shawn was studying in College, he was also a member of the United States Coast Guard for 13 years; retiring with a service connected disability after an accident in 1991.  Shawn then retuned to his home town of Pacific Grove and started on his legal adventure.

After returning to the Peninsula he attended community based Monterey College of Law and was admitted to practice law in California in 1997.Shawn brings a wide background of professional experiences to his practice of the law. He spent over a decade as a member of the United States Coast Guard and Coast Guard Reserve performing a wide rage of duties.

Shawn’s wide range of professional and life experience that he brings to the practice of the law allows him to see global solutions to legal issues. Shawn’s clients often say that it is this life experience that separates him from attorneys who simply went straight through college to law school and have no frame of reference in dealing with the real-life problems of the average citizen. Shawn has held a variety of professional positions working for business, corporations and non-profit agencies. Shawn owned and operated a local computer consulting company and worked as an associate attorney in a local law firm prior to joining his law partner Michaeleen Moraz in 1999.

On July 1, 2009, Shawn closed his general legal practice and now only takes criminal defense cases. At the same time Shawn closed his Monterey, California and became a sole practitioner in his him home town of Pacific Grove, California; a dream come true for Shawn! 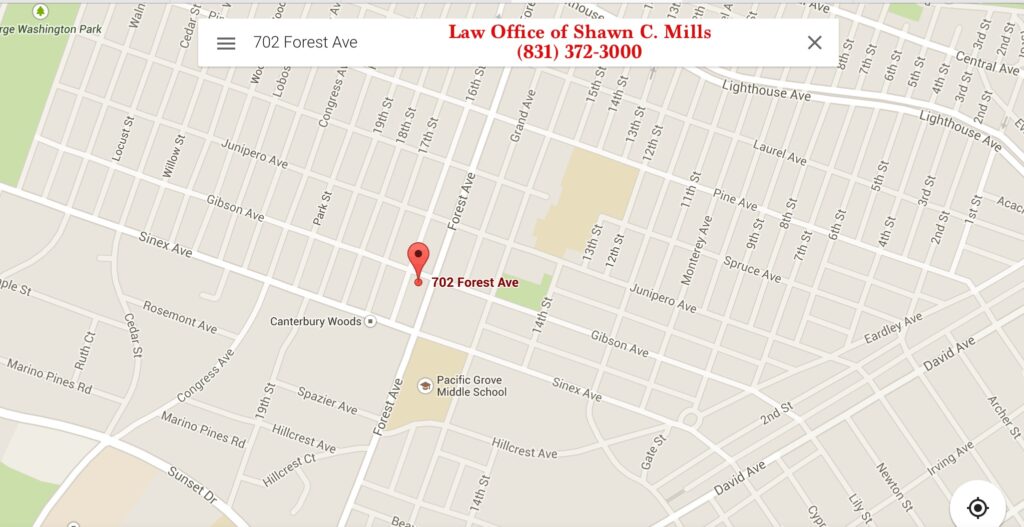